END_OF_DOCUMENT_TOKEN_TO_BE_REPLACED

The Vice Chancellor of Gauhati University Dr. Mridul Hazarika gave away the award that comprised a citation, a plaque along with a cash component of Rs 25,000/- [Twenty Five thousand only]. 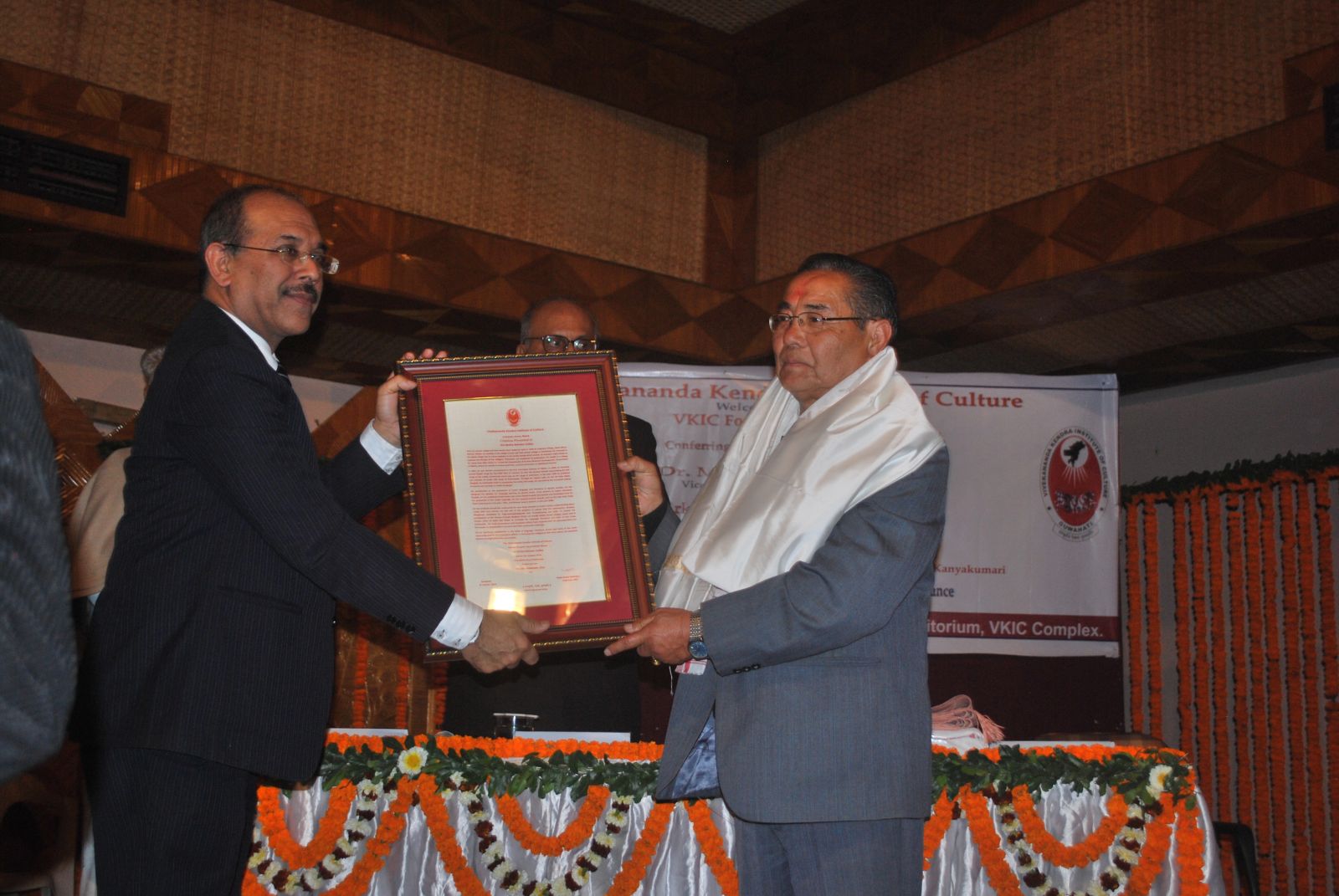 In his acceptance speech, BB Subba, expressed his gratitude to the VKIC and spoke about his work to preserve and promote the cultural heritage of the Limbu community, a group of people rich in tradition and faith.

In another highlight of the programme, senior scientist and former VC, Assam Agricultural University, D.N Borthakur handed over a collection of his valuable books to the VKIC library, and more of his books will soon be handed over to the research library. Two publications- The Quest, and VKIC – Its Vision were released by Dr. Mridul Hazarika in the function.

Chief Guest of the programme Dr. Mridul Hazarika, underlined the saying of Swami Vivekananda who valued the significant way India has done so much for culture. He said we have forgotten our values while keeping pace with our modern life. If the values are considered as important they must begin at childhood. He emphasized on the prevailing insensitivity in the society due to various global factors. So he suggested that inculcation of values of Swami Vivekananda should start with the children.

The values of Swami Vivekananda are pragmatic in nature. We must try our level best to bring change into society. Inculcation of values should be faster than erosion of values. It could be done through a platform like the VKIC, he said.

Guest of Honour, Mananeeya A. Balakrishnanjee reflected on the work of the VKIC and said that it was doing a wonderful task. According to him the Journal of VKIC, QUEST is among the best research journal published from north-east India. In his speech he mentioned about the publication of VKIC, Aspects of Land Policy in Assam: Continuity and Change through which the message goes to the common people that Culture and Land goes together. He appealed to all the culture centres of north-east India to be associated with VKIC to form a greater platform for studying the culture commonalities.

Chairman VKIC, Dipok Kr Barthakur, earlier greeted the gathering and delivered the welcome address. He mentioned about the birth centenary of Eknathji Ranade to be celebrated in 2014-15. It was his vision to establish a centre to study the culture of Northeast of India. 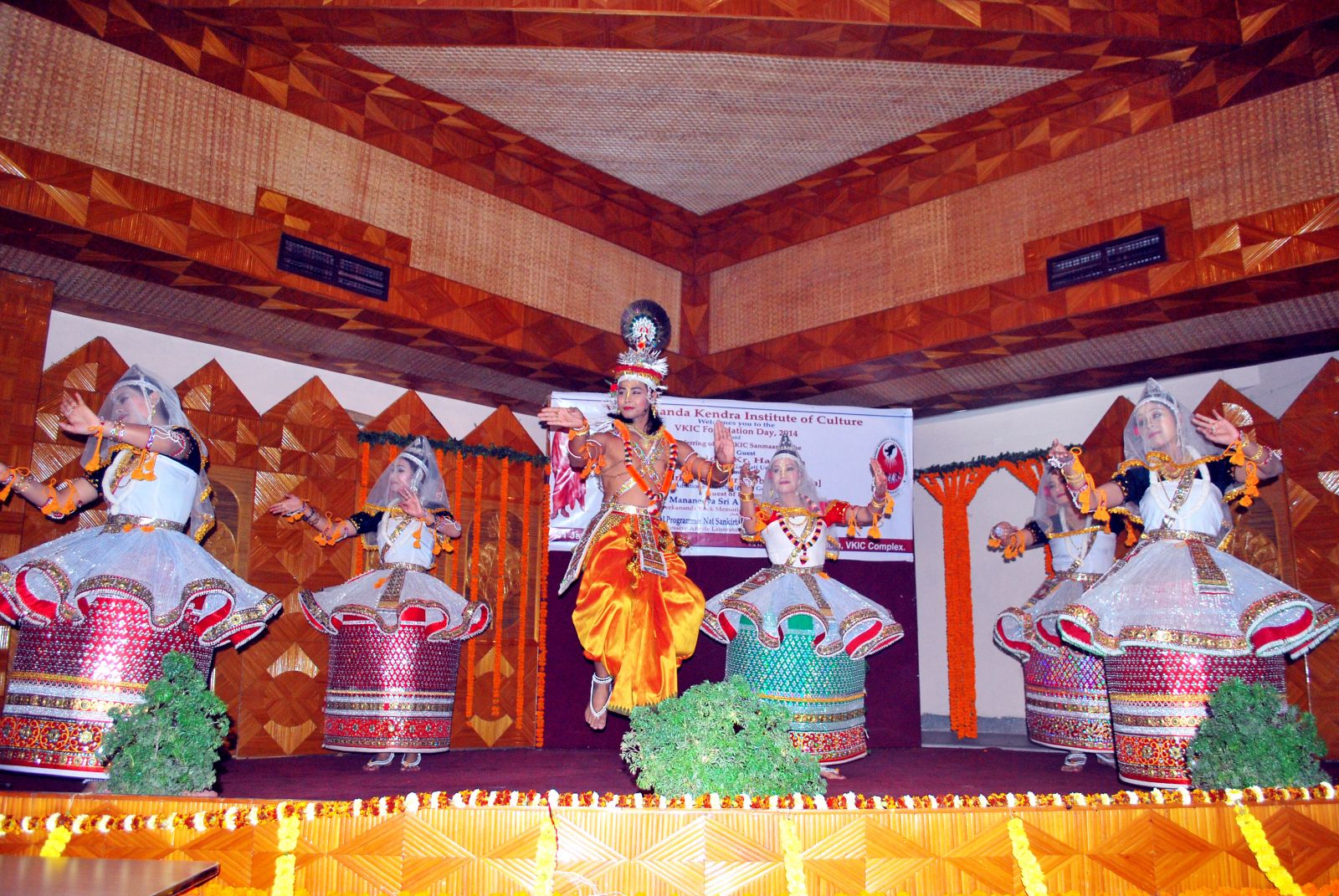 The programme was rounded off by a scintillating performance by artistes of the Progressive Artiste Laboratory (PAL) from Imphal, Manipur. The group performed Nat Sankirtan and Vasanta Raas showcasing the rich dance heritage of Manipur. Prof. AC Bhagabati, Member, Research Advisory Council of VKIC, felicitated the artistes.